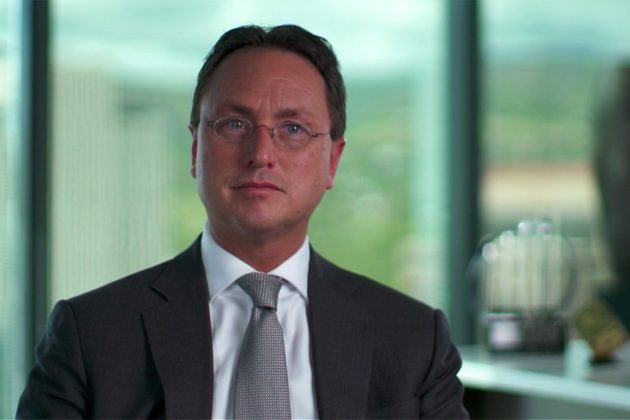 Brandon Fugal is an American business leader and investor who has been recognized as EY Entrepreneur of the Year. Fugal is the co-owner of Utah-based real estate firm, Colliers International and is also known for owning the Skinwalker Ranch, which was presented on the History Channel’s show ‘The Secret of Skinwalker Ranch’. Fugal purchased the famous Ranch in 2016 and kept it secret until 2020. As of 2022, Brandon Fugal net worth is estimated to be around $500 million.

Brandon Fugal was born on April 1, 1973, in the United States to parents Dan and Jill Fugal. He studied at Utah Valley University where he received a leadership scholarship. He also served on University Foundation Board for a decade.

Fugal started off his career by working as a Senior Vice President at Utah Realty Group in August 1994. He served in the company until March 1996. Then in March 2016, he co-founded Cypher Corporation. He was associated with the corporation until March 2016. Brandon joined the CBC Advisors as Chairman in March 1998, and there he remained for over two decades. In October 2013, he worked as a Chairman of the Coldwell Banker Commercial.

Brandon began the new professional journey by becoming a Strategic Advisor at Zenerchi LLC in March 2020. He served in a private company till September 2020. Fugal co-founded the Texas Growth Fund IIIC in January 2016. He is still associated with the fund as a board member.

Fugal is presently working as a Chairman of Colliers International. Besides that, he has been associated as a board member of Axcend, Strategic advisor of Xenter, Inc., and managing partner of Pomaika’I Partners.

You May Also Like  Christian Stracke Net Worth: How Rich is Sutton Stracke's Ex-Husband?

Fugal was known to people after he agreed to let History Channel film his millionaire worth property, Skinwalker Ranch. He reportedly purchased the property in 2016. Fugal was hiding the property until 2020. According to sources, he bought the Ranch from aerospace tycoon, Robert Bigelow to conduct an investigation and study the unusual and unexplainable phenomena that were occurring there for over two centuries.

As Fugal has come into the picture and revealed the property, much more true extraterrestrial is believed to come out through the History Channel’s show “The Secret of Skinwalker Ranch”.

The first episode of the Season 1 was aired on March 31, 2020. Likewise, the second season was on-aired on July 2021. The History Channel’s series has unveiled many things about paranormal activity in the homestead area. The channel’s team also discovered an unusual presence in the thermal experiments. The makers have not yet decided to make the third season yet. But, if it is made it is likely to come out in 2022. Brandon Fugal is married to a lady named Lacey Anne Fugal, with whom he shares four kids. We came to know that he was dating her since he and his wife both were studying in college. Fugal is quite active on Instagram where he shares his most recent professional activities.

As of 2022, Brandon Fugal’s personal wealth is estimated to be around $500 million. He has amassed a huge fortune from his entrepreneurial ventures. Fugal is also an active philanthropist and dedicates his time to serve in the community.

Fugal might be earning a hefty sum from serving as the Chairman of the Utah-based real estate firm, Colliers International, however, his exact earnings has not been revealed yet. Through serving in the real estate firm, he has nabbed many high-profile clients including Charles Schwab & Co, Inc., The Northwestern Mutual Life Insurance Company, Novell Inc., and Workers Compensation Fund.

Maximillion Cooper Net Worth: How Rich is Eve’s Husband Actually?

Dalton Gomez Net Worth: How Rich is Ariana Grande’s Husband in 2022?